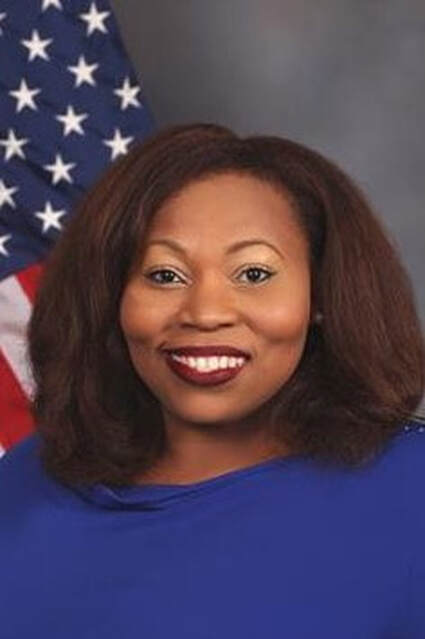 Shonda Knight is currently the Executive Director of Community and Media Relations for the Leon County Sheriff’s Office.

The Community and Media Relations Unit disseminates public safety information, as well as coordinates and promotes LCSO’s outreach initiatives, creating and maintaining community partnerships. Prior to joining LCSO in March, 2017, Shonda served as Executive Producer and Anchor for WCTV-TV in Tallahassee. The veteran journalist has more than 17 years of television newsroom experience. She oversaw many of the day to day operations of the news department. In addition, Shonda anchored The Good Morning Show, the station’s most viewed newscast, as well as Eyewitness News at Noon. Shonda was the first African American to co-anchor the morning shows at WCTV. Shonda also served as an adjunct professor at Florida State University for eight years. She has former students now working as anchors, sportscasters, reporters and producers in television markets across the country. Under her leadership, LCSO’s Community and Media Relations Unit was named the top overall, statewide winner for the Florida Public Relations Association’s Community Relations Award 2018 and Outstanding Unit of the Year 2019 from the Florida Crime Prevention Association. Shonda is a Florida Associated Press award-winning journalist, several times over, and has served as Vice President of the Florida Associated Press Broadcasters. Among her many community affiliations, Shonda is the Board Chair for Whole Child Leon and serves on the boards of The South City Foundation, Florida Public Relations Association Capital Chapter and Salvation Army. She is also a member Alpha Kappa Alpha Sorority, Incorporated.