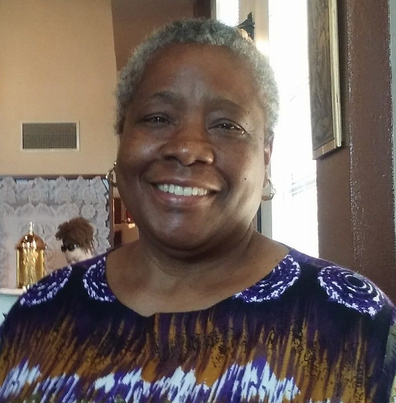 Carole Curry is a retired educator who taught elementary school for 36 years. Born in St. Augustine Florida in 1950 she was raised by educators. In 1963-64 she participated in Civil Rights demonstrations led by Dr. Martin Luther King. After attending Catholic schools for K-12 she attended Manatee Junior College where she earned an AA degree. She later earned a BS and Masters degree from Florida State University. Carole began teaching in 1972. Her first job was at a day care center teaching 3-4 year olds before moving on to public school to teach 1st, 2nd, 3rd and 4th grades throughout her teaching career. Her passion for Black History as well as Black Catholic History has led her to become involved and sometimes initiate a variety of activities and events. While at Springwood Elementary she began Black History Month activities to expose the faculty and student to the richness of the African/African American culture. The African American Read-In, scheduled every February, gave the children as well as the adults an opportunity to not only be exposed to African American authors but to witness Black individuals from the community reading.

Presently she volunteers at two schools mostly reading to children and tutors formerly incarcerated men. She is also director of a youth gospel choir.

I first met Priscilla Hawkins in 2005. She was presenting a program during Black History Month. After a discontinuation of the program here in Tallahassee she spearheaded renew it in 2018. It began as the Black History Month Festival. I was asked to be the inaugural Ambassador for the organization. My participation involved attending events and assisting with the organization’s essay contest.

In the future, I would like to see the program highlight various areas of Black History. Maybe focus on a particular area for a month. For example, Black Religion, Black Women, achievements of local Blacks, music that originated in Black culture, etc. The possibilities are endless.